Millport Landing in NY to sell The Devil's Pipeline

MILLPORT, NY - Millport Landing, an art gallery, coffee shop and artisan display area will have copies of The Devil's Pipeline available for purchase in the next week.

The Landing is adjacent to the famous Catherine Creek and joins The Hector Wine Company, Rasta Ranch Vineyards, Fox Run Vineyards and the Finger Lakes Times as outlets for the book.
"There is some irony - good irony - in having a Millport sales point for the book," author Michael J. Fitzgerald said.
"In the first book in the Jack Stafford series, The Fracking War, Jack gets a speeding ticket driving through Millport," Fitzgerald said. "Lots of Finger Lakes readers told me they have had the same thing happen."
Credit for finding Millport Landing as a place to sell the third book in series goes to Yvonne Taylor of the Seneca Lake Guardian & Gas Free Seneca.
The fourth book in the series, tentatively titled The Wolverine Rebellion is being drafted.
"The reviews have started coming in to me - via email," Fitzgerald said. "I encourage everyone who has read The Devil's Pipeline to also put their remarks up on Amazon.com."
The review link can be found here: REVIEW.

Posted by Michael J. Fitzgerald at 1:40 PM No comments:

GENEVA, New York - The Devil's Pipeline got a solid thumbs-up review today in the A section of the Geneva, NY Finger Lakes Times newspaper.
On page 2 - not buried in the classified section.
In a review headlined,"Fitzgerald's 3rd book a 'devil' of a good read," staff writer David Shaw said ..."This book is a page turner. Fitzgerald uses humor in the right places to make what could be a very dark story a fun read."
The review includes a sidebar story in which Fitzgerald talks about what led him to write The Devil's Pipeline and hints at what the next book in the Jack Stafford series of novels will bring. 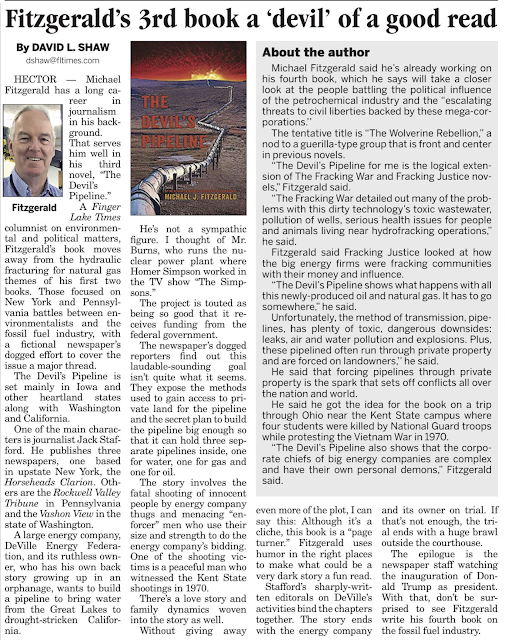 Posted by Michael J. Fitzgerald at 10:15 AM No comments: 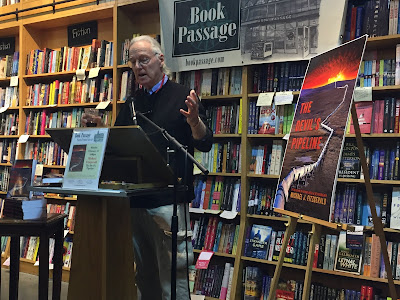 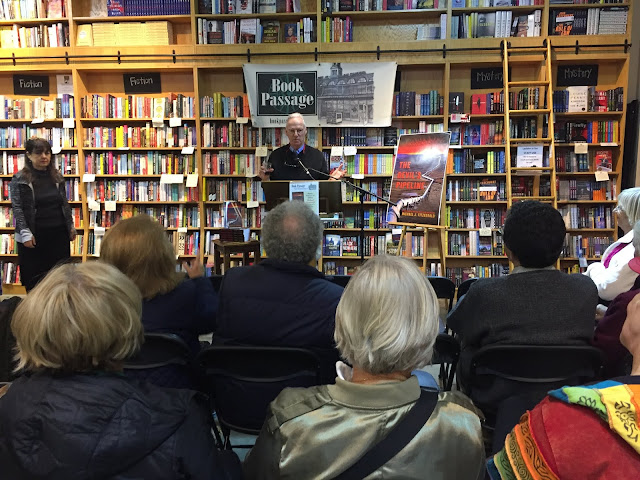 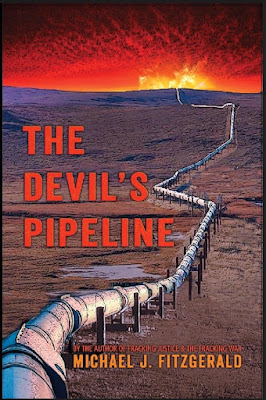 Posted by Michael J. Fitzgerald at 10:10 AM No comments:

The Devil's Pipeline distributed in the Finger Lakes

HECTOR, NY - Three locations in the Finger Lakes now have copies of The Devil's Pipeline for sale: the Finger Lakes Times (in Geneva), the Hector Wine Company (in Hector, of course!) and Rasta Ranch Vineyards (also a fine Hector wine stop and cultural experience).
The three received their first shipments of the novel this week.
Several other area wineries currently selling The Fracking War and Fracking Justice will likely have copies in coming weeks, too, including Fox Run Vineyards in Penn Yan.
I'm looking for vendors in Watkins Glen, Rochester and Syracuse. If you know anyone who happens to own a bookstore or shop that might want to carry a few copies of the new novel, please let me know.
The book is also available via online sources - or directly from me if you want an inscribed copy or to send a gift copy.

Time to write a review of The Devil's Pipeline?

The early reviews for the novel have been very good and I hope that in the next week or so the compliments I've been getting via email will make their way to be posted on Amazon.com.
Three local readers in California told me they think this novel is the best of the three and asked if there is a movie in the works.
Be still my heart! I hope some screenwriter/producer/film mogul picks up a copy of the book and thinks the same thing.
If you have finished reading The Devil's Pipeline - and are willing to post a review on Amazon - here is the direct link: AMAZON REVIEW.
Thank you in advance for taking the time to scribble a few lines.
And now it's time to get back to the draft of The Wolverine Rebellion.

Posted by Michael J. Fitzgerald at 10:26 AM No comments: 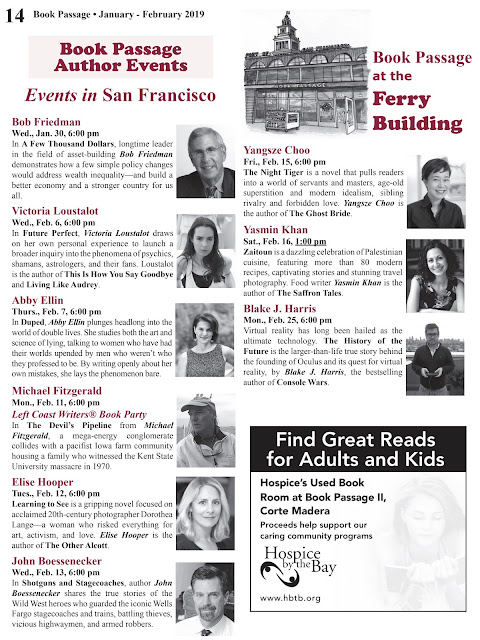 Posted by Michael J. Fitzgerald at 10:03 AM No comments: