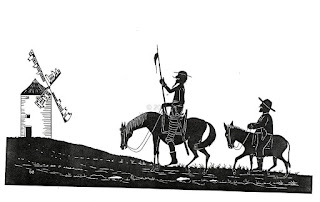 
Loosen the lines! Raise the sails! The wind is up!
Posted by Michael J. Fitzgerald at 6:23 AM No comments:

A book signing with some cultural revelations

TRUMANSBURG, New York - The annual Grassroots Festival of Music and Dance is a cultural phenom here in the Finger Lakes, 25 years old this summer.

Now that I think about it, my wife Sylvia and I have been married exactly the same amount of time as Grassroots has been going on.

And for the first time in my 25 years of coming to Seneca Lake, we went to Grassroots for two of the four-day run of the festival. Part of our time was spent helping promote Gas Free Seneca, the other to promoting my two novels, The Fracking War and Fracking Justice. Both were successful.

I was struck by how many people are still - even at a progressive, environmentally conscious event like Grassroots - uninformed about the effects of hydrofracking for oil and natural gas.

I was also struck by how many people said they just don't have any time to read - way too busy. When I engaged them in conversation about television however, they could recite chapter and verse about the latest Suits episode.

Amazing music, amazing people, amazing food. Now that I have used three amazings in a row, I should not use a fourth, but I will.

I had my photo taken at the entrance with an amazing woman clad - and painted - all in silver. I wished she had been there dressed as Lady Justice. It would have made the photo even more interesting. She didn't speak at all, just made slow-motion gestures like a statue come alive.

In my case she blew me a kiss after we took the photo together.

I'll be writing my Finger Lakes Times newspaper column this week about Grassroots, including mention of three gas company employees - who swore they were not gas company employees - who asked all kinds of questions about Gas Free Seneca. The trio of beefy, somewhat glum characters claimed to be visiting from Vermont but stood out like proverbial sore thumbs among the throngs of smiling, happy people.

Most likely they hailed from Houston.

Posted by Michael J. Fitzgerald at 8:39 AM No comments:

The plot continues to catch fire in 'Jack's Boat'

OAKLAND, Calif. - The drafting of Jack's Boat, a novel set in Oakland, California and the Pacific Coast of Mexico, has continued this week with the addition of about 5,000 words in the last two days.

This overachiever, daily word-count production is in part thanks to some totally crappy weather at Seneca Lake. Heavy rains yesterday. Today the rain cleared up but the wind is howling.

Not good weather for launching either my pontoon boat or sailboat. 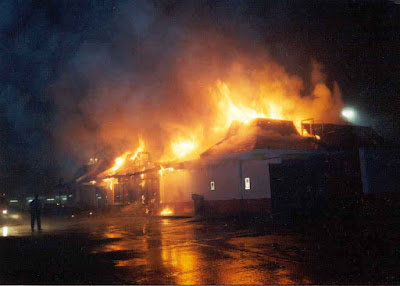 Still, there are no complaints from this writer. Today's writing including another set of plot twists I had not completely anticipated, an untimely death (unless you didn't like the character - I didn't), a betrayal by a family member and finally, a tragic fire.

The fire started at the end of Chapter 22. I left two characters standing on an Oakland street corner watching the fire trucks roared by, headed to the blaze. I will pick them up tomorrow.

The first draft of Jack's Boat should be done by mid-August, I hope. Sooner if the weather continues to be more winter than summer. But that's an issue for tomorrow.
Posted by Michael J. Fitzgerald at 11:30 AM No comments:

A breakthrough in the plot of 'Jack's Boat'

VALOIS, New York - Even with lawnmowers whirling and belching smoke outside my cottage window this morning, I was able to pound out close to 1,000 words on Jack's Boat, my summer novel that is more than half-completed.

It's more than half-completed because I am picking up a tale I started writing years ago.

But today's chapter musings resulted in a big leap in the plot, one I had not expected. For me that's one of the most fun elements of fiction writing. The characters frequently head off in directions that I didn't anticipate.

That happened twice today with one sad event but with the clear promise of wonderful things ahead.

Jack's Boat is on track - actually a little ahead of schedule. I had anticipated getting back into the writing saddle July 1 (today!), but actually started days ago revamping the already written segment of the book. Now I am four chapters into the second half.

I wonder if these characters have any interest in Tonga? Perhaps they will let me know tomorrow.